The February 2020 edition of the Indonesia Update raises a major report on the polemics over the preparations of the Omnibus Law. The Omnibus law itself will not only have an impact on the policies of the Central Government, but also have an impact on the policies that have been formulated by the regional governments. If it is not formed through a transparent process, and involving all policy makers from the central to regional levels, then the Omnibus Law is feared to add to policy problems in Indonesia.

In the economic field, this edition of the Update discusses the anticipation of the impact of the coronavirus on Indonesian tourism. The decline in the number of tourists from China and the loss of foreign exchange earnings will also be felt by the Indonesian tourism industry. Boosting the tourism demand from within the country is one solution that can be done. In addition, we also discuss plans to increase online motorcycle (ojol) taxi rates. The government is evaluating ojol tariffs and plans to increase again. The evaluation process should indeed be carried out, but it does not merely require that each evaluation result in a decision to raise tariffs.

In the political field, the Indonesian Update discusses the impeded regeneration of leadership in Indonesia due to the continued dominance of the older generations, also known as Gerontocracy. In addition, we discuss political corruption in the case of the arrest operation (OTT) of the former KPU Commissioner of the Republic of Indonesia, Wahyu Setiawan. Next, we discuss the polemics over the repatriation of Indonesian Citizens (WNI) who have become followers of ISIS. Then, we also discuss the planned relocation of the National Capital and the fate of Jakarta after the relocation.

In the social field, the Indonesian Update raises mental health issues that have not received much attention from local governments. In addition, we discuss the valuation of unpaid care work associated with improving social protection systems and other policies. Next, we discuss the evacuation of 238 Indonesians from Hubei to Natuna. Miscoordination between the Central Government and the Regional Government of Natuna raised polemics in the community. 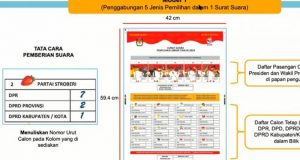