The October 2019 edition of the Indonesian Update raises a major report on the urgency of information disclosure to support the successful implementation of public policies. This theme is very relevant because the discussions on national policies, such as the Corruption Eradication Commission Act (KPK Law), the Land Bill (RUU) on Land, the Minerba Bill, and the Criminal Code Bill are in spotlight. Not all people can access the draft laws and regulations that are being drafted by the House of Representatives (DPR).

In the economic field, this year’s Indonesian Update discusses the implications of an increase in cigarette excise duty. This theme is relevant because the Government officially enacts an increase in excise tax rates for tobacco products (CHT), or cigarette excise tax, by 23 percent. In addition, we also discuss the tourism sector which is projected to be able to bring fresh air to foreign exchange earnings so as to reduce the current account deficit.

In the field of law, we discusse the polemics over the ratification of the KPK Bill and the importance of fighting corruption in Indonesia. In addition, we also discuss the threat of impeachment against President Joko Widodo (Jokowi) in relation to the Perppu KPK. This theme is relevant because in the midst of strong public pressure on President Jokowi to issue Perppu, the threats of impeachment emerge.

In the political field, the Indonesian Update discusses challenges for a number of young members of the House of Representatives (DPR) for the 2019-2024 period. This theme is relevant because their existence confirms that the process of regeneration of leadership is still ongoing in Indonesia. In addition, we discuss the riots in Wamena, Papua. We also discuss the repressive attitude of the authorities against the demonstrations of various elements of civil society at the end of last September.

In the social field, the Indonesian Update raises the need for regulations derived from the Mental Health Act. This theme is relevant to discuss because since it was passed in 2014, the Mental Health Act (UU Keswa) has not been implemented. None of the mandated derived legislations have been realized until now. In addition, this edition of the Indonesian Update also discusses the social protection system for the elderly population. 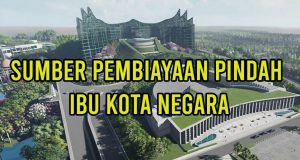 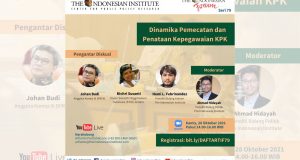