The October 2021 edition of the Indonesian Update features a main report on the Corruption Eradication Commission (KPK) that named  Deputy Speaker of the House of Representatives (DPR) Azis Syamsuddin a suspect in a corruption case. The Azis case also illustrates the influence of a political official in the handling of corruption cases by anti-corruption institutions in Indonesia. It also provides a warning that the country is in a political corruption emergency.

In the economic field, the Indonesian Update discusses the pesantren endowment fund, which is a fund that is specifically allocated for pesantren and is designed to ensure the continuity of education development. In addition, we also discuss the National Economic Recovery Program (PEN), which concentrates on workers in the agricultural sector. The livelihoods of farmers who are vulnerable due to the pandemic also need to be considered.

In the legal field, the Indonesian Update raises the issue of the absence of a clear legal basis for the use of the PeduliLindung application, which has created confusion for users when experiencing a breach of personal data. In addition, we also discuss the dynamics of the discussion on the personal data protection supervisory authority, which will be formed if the Personal Data Protection Bill has been passed. This authority in general has the main task and function to carry out supervision to carry out the mechanism for imposing sanctions if there has been a violation of personal data.

In the political field, the Indonesian Update raises issues that occur in the realm of social media in elections in Indonesia, which make election administrators need to evaluate the existing regulations. This is in preparation for the 2024 General Election. In addition, we also discuss the Draft Law on the Protection of Domestic Workers (RUU PPRT), which has not yet been ratified. The bill has been proposed since 2004.

In the social sector, the Indonesian Update addresses the phenomenon of cyberbullying in Indonesia, as well as the extent of the commitment of stakeholders to overcome and prevent it. In addition, we also discuss the readiness of schools and universities to realize the Independent Learning Program. 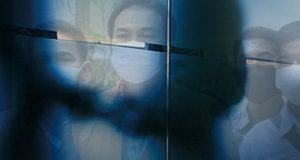