The June 2019 edition of the Indonesian Update raises a main report on the dispute over the results of the 2019 presidential elections. This theme is very relevant because the Prabowo-Sandi pair has filed an election appeal to the Constitutional Court ( MK). The objection of the candidate pair 2 was the alleged Structured, Systemative and Massive violations (TSM) against Jokowi-Ma’ruf, as the candidate pair 1.

In the economic field, the Indonesian Update discusses the Intellectual Property Rights (IPR) in Indonesia. IPR or Intellectual Property Right (IPR) is very important in order to encourage innovation and improve the competitiveness of products, also contributing to economic growth of a country. In addition, in the economic field, it also discusses the examination of the consistency of the Indonesian tourism sector. This is quite relevant, because in the last ten years the Indonesian tourism sector has continued to stretch and is projected to be able to bring fresh air in the midst of the increasingly worse oil and non-oil and gas sector.

In the political field, the Indonesian Update takes a theme on the voter participation in the 2019 elections. This theme is relevant to be discussed because according to the data released by the General Elections Commission (KPU), the participation rate reached 81 percent. The increased number of participation was a positive note in the middle of the negative reports and the implementation of the 2019 elections. Furthermore, the political field also discusses the portrait of the Legislative Elections (Pileg) 2019. The implementation of the 2019 legislative elections was held simultaneously with the president and vice presidential elections. Accrding to the results of the vote acquisition recapitulation, the dynamics of the vote acquisition of political parties in the 2019 legislative election were seen.

In the social field, the Indonesian Update raises a theme on the role of regional governments (Pemda) in the JKN Era and Regional Autonomy. This is relevant to be discussed because the Regional Governments are some of the important actors in the implementation of the National Health Insurance (JKN) in the current Regional Autonomy era. In addition, we also discuss mental health in women and culture in Indonesia. The link between women and culture is one of the perspectives to look at current mental health issues. Various studies show that women experience vulnerability and have become persons with psychosocial disabilities greater than men.

The monthly publication of the Indonesian Update with actual themes is expected to help policy makers in government and business institutions – as well as academics, think tanks, and elements of civil society, both domestic and foreign, to obtain actual information and contextual analysis of economic conditions, politics, social, and law in Indonesia, as well as an understanding of public policy in Indonesia. 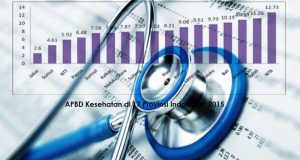 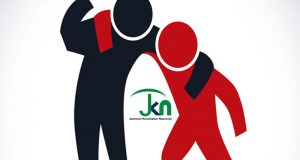