The BPJS deficit had reached a level of Rp 9 trillion until the end of 2017. This conditions have caused by the amount of incoming funds is not proportional to the amount of expenditures, especially those related to financing the claims of catastrophic diseases. The January-February 2018 edition of the main report raises the topic of BPJS Deficit Emergency to focus on prevention and health promotion as an effort to reduce BPJS spending.

In the field of economy, Update Indonesia addresses the issue of The Decline of Indonesia’s Exports Performance and Polemics over the Transparency of Papua Special Autonomy Fund. In the political field, we discuss Permendagri No. 3/2018, which restrains research activities on sensitive issues. We also discussed the polemics over the proposal to appoint police generals as Acting Governors, using media monitoring techniques to monitor five selected online media outlets.

In the social field, this time Indonesia Update raises the polemics over the complex arrangement of commercial areas of Tanah Abang, which have been influenced by economic, social, political and legal factors, especially related to the arrangement of the existence of street vendors.

In this edition, we also look at the Healthy Indonesia (Nusantara Sehat) Program of the Indonesian Health Ministry, particularly in providing quality health workers, retaining health workers in their working areas, as well as career sustainability of health workers after their contracts end.

The monthly publications of the Update Indonesia with actual themes are expected to help policy makers in government and business institutions – as well as academics, think tanks, and civil society elements, both within and outside the country, to obtain actual information and contextual analysis of economic, political, social and legal issues in Indonesia, as well as an understanding of public policy in Indonesia. 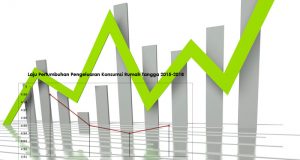