The revised Law No. 11/2008 on Information and Electronic Transactions (UU ITE) came into effect on Monday, November 28, 2016. Although it has been revised, UU ITE is still drawing criticisms, which are mainly concerned with the articles on insults and / or defamation regulated in Article 27 Paragraph (3) UU ITE.

Generally, both before and after the revision, Article 27 Paragraph (3) of UU ITE is still considered by many restricting te freedom of speech and expression. In other words, the article is considered contrary to the spirit of freedom of expression guaranteed in Article 28 of the 1945 Constitution.

The main report in the December 2016 edition of the Indonesian Update is “ The revised Law on ITE: The New Age of Freedom of Expression “. On political affairs, it discusses, “ A New Chapter of the Ahok Case”. On social affairs, it talks about, “ The Policies on the Elimination of Violence against Women “.

The regular publication of the Indonesian Update with its actual themes is expected to help policy makers in government and business environment — as well as academics, think tanks, and other elements of civil society, both within and outside the country, to get the actual information and contextual analysis of economic, legal, political, cultural and social developments in Indonesia, as well as to understand the public policy in Indonesia. 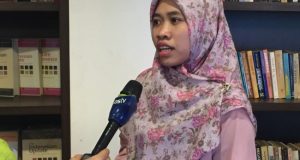 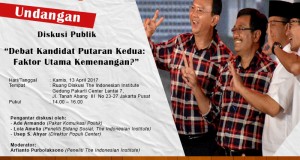