The November-December 2021 edition of the Indonesian Update features a major report on the contentious regulation of content moderation in Indonesia. This is because Indonesia is the country with the most requests for content removal on Google. Citing a report released by Google entitled “Content Removal Transparency Report” for the period of January to June 2021, Indonesia was the country that most requested the removal of content and information from various forms of digital services from Google, including Google Search and YouTube.

In the economic field, the Indonesian Update discusses the conditions of the workforce in Indonesia in 2021. In addition, we also discuss fiscal readiness in disaster mitigation in Indonesia. A variety of disasters in Indonesia have caused Indonesia to be vigilant in many things, especially the budget. Budget adequacy is very important to note because it is beneficial in terms of budget efficiency and state infrastructure.

In the political field, the Indonesian Update raises the issue of the number of female legislative members in the Indonesian House of Representatives and also the many problems for women that make the public put their hope in the Indonesian House of Representatives to prioritize women’s issues in 2022. In addition, we discuss the phenomenon of the existence of buzzers or influencers in the democratic space. Furthermore, we also discuss the polemics over the schedule for holding the General Elections (Election) in 2024, which have not yet found a common ground and also ways to mitigate risks in the implementation of the General Election.

In the social sector, the Indonesian Update raises the issue of social assistance that is still needed by people with low socioeconomic status to survive the COVID-19 pandemic, which has entered its second year. In addition, we also discuss efforts to improve the quality of teachers in Indonesia. 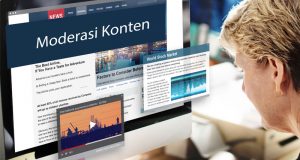