The March 2020 edition of the Indonesian Update raises the main report on the discourse on regional head elections with an asymmetrical model. These polemics arose following the idea of the Minister of the Interior (Mendagri) Tito Karnavian to evaluate the implementations of regional head elections (pilkada). The discourse has been discussed since the end of 2019. However, the clarity of the directions of the evaluation has not yet emerged.

In the economic field, this Update discusses global economic uncertainty,  starting from the unclear American-Chinese trade relations, the American-Iranian geopolitical tensions,  to the outbreak of the Coronavirus. In addition, we also discuss the issue of the rise in sugar prices, which also deserves attention. As according to the data from the National Strategic Food Price Information Center (PIHPS), the national average sugar price per Friday (28/2/2020) has reached Rp14,900 per kg.

In the field of law, we discuss the polemics over the Draft Work Bill (Draft Bill) on Work and environmental aspects. Environmental-related issues are unfortunately also marginalized in the draft bill. In addition, we also discuss the threat of increasing radicalism in Indonesia in 2020. According to data from the Global Terrorism Index (GTI) in 2019, Indonesia’s score has increased quite dramatically from previous years to 5.07. This is the highest number that has been achieved by Indonesia so far. Then in the field of law, we also discuss the immeasurable use of criminal law in cases of hoarding goods due to corona outbreaks, which will result in the criminalization of acts or subjects that should not need to be criminalized (over-criminalization).

In the political field, Update Indonesia discusses the effectiveness of pentahelix collaboration in handling floods in DKI Jakarta. This is important because in efforts to deal with flooding, the government has practiced the pentahelix model as a basis for collaboration. However, increasing the active role of the community still needs to be done. In addition, we discuss the Indonesian population census that will be held in 2020. The success of the 2020 Population Census has become a vital aspect in the administration of data management to accelerate the realization of open government in Indonesia.

In the social field, the Indonesian Update raises the issue of an increasing number of sexual violence cases in Indonesia. This then raises the pressure to immediately enact the Bill on the Elimination of Sexual Violence. In addition, we discuss the development of an online system in BPJS Health management. Next, we discuss the polemics over the Family Resilience Bill in the perspective of social welfare.

The monthly publication of the Indonesian Update with actual themes is expected to help policymakers in government and business institutions – as well as academics, think tanks, and elements of civil society, both at home and abroad, to get actual information and contextual analysis of economic conditions, political, social and legal aspects in Indonesia, and an understanding of public policy in Indonesia. 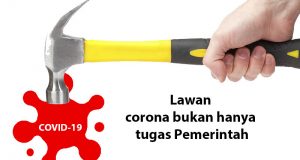